The Friars of Thirty-First Street, Part 21

Fr. Cronan Kelly was appointed pastor and guardian at 31st Street in 1961, and directed the ministries of the church for the next three years. Shortly after he became pastor, one of the friars, Fr. Philip Lavere, asked for permission to undertake a new ministry, The Good Word. Fr. Philip and Fr. Cronan worked together on project and The Good Word was underway.

As of February 3, 1962, people could dial PEnnsylvania 6-9233 and hear an inspirational message from
the Franciscans. The project started with only three answering units, and within two months ten units were in operation. Two days after the ten units were in use, the telephone company recorded 1,358 busy signals. It was estimated that 3,000 calls were handled daily. So many persons were calling from the offices of Consolidated Edison that the company recorded the friar’s message from the phone and reproduced it over their intercom system each day.

A new era of unexpected change was felt throughout the entire Roman Catholic Church during Fr. Cronan’s tenure as pastor. Pope John XXIII convoked the Second Vatican Council to “open some windows” and renew the life of the Church. Pope John opened the first of four sessions from October 11 to December
8, 1962. The friars at St. Francis Church responded immediately, and offered a series of sermons with appropriate prayers to highlight the Council throughout the week of October 8. At least four sermons a day, sometimes more, were preached. A different friar spoke each day on topics such as “What Is the Council?”; “The Peoples’ Part;” “Towards Unity;” “Why Have a Council?”; and “Prospects and Problems.”

The friars realized that a major event was happening in the Church, and they began early to prepare their people for the changes the Church was calling for throughout the Roman Catholic world. To a Church community that had not experienced change in four centuries, new developments produced confusion, consternation and upheaval in the lives of many Catholic people.

Fr. Finian Kerwin, who had served a small mission in the southwest corner of Georgia, succeeded Fr. Cronan as pastor in 1964, when the latter friar was elected to serve on the Provincial Council. Fr. Finian struggled to turn change into challenge fro the friars at 31st Street. His task was not an easy one, but he worked patiently as pastor to implement the essential changes called for by the Church.

Fr. Finian served as guardian and pastor from 1964 until 1967, when he was elected Minister Provincial of Holy Name Province, and Fr. Cosmas Timlin was appointed pastor. The three short-term pastors – Fathers Cronan, Finian and Cosmas – concentrated on the implementation of the external changes called for by the Council. The necessary renovations in the upper and lower churches were carried out so that the Mass could be celebrated in accord with the Constitution on the Sacred Liturgy. The altars of both churches became free-standing, facing the congregation. The sound systems were replaced with modern units so everyone could participate with the priest. Two organists led the people in song at the 16 daily Masses, and Folk Masses for the young were introduced in the lower church. On September 14, 1964, the Sacrament of Reconciliation was administered in English for the first time, a symbol of the many changes which were to follow during the next ten years. 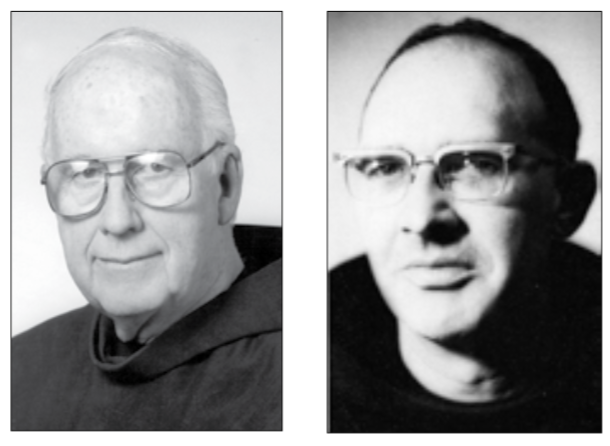