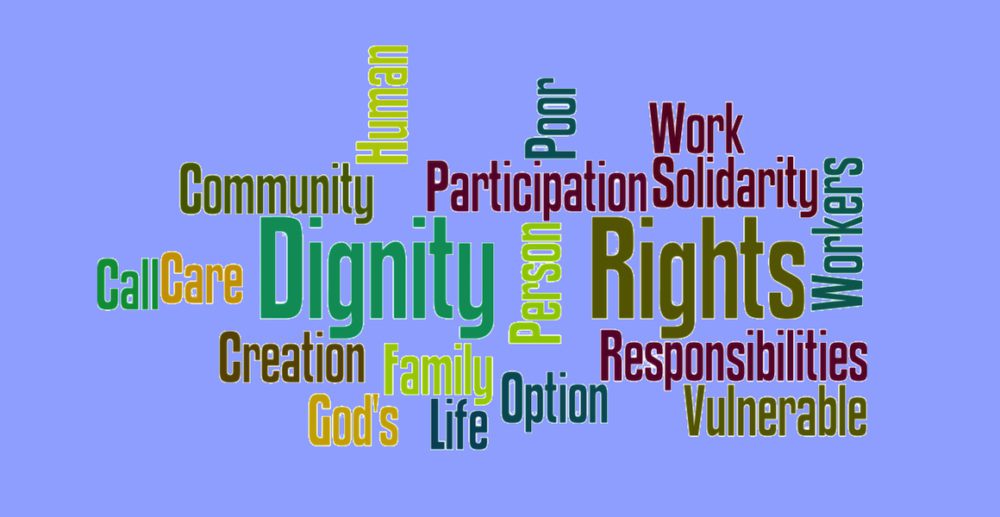 The person is not only sacred but also social. How we organize our society – in economics and politics, in law and policy – directly affects human dignity and the capacity of individuals to grow in community. Marriage and the family are the central social institutions that must be supported and strengthened.

The family is thus an agent of pastoral activity through its explicit proclamation of the Gospel and its legacy of varied forms of witness, namely solidarity with the poor, openness to a diversity of people, the protection of creation, moral and material solidarity with other families… and the transformation of unjust social structures.

…by their innermost nature men and women are social beings and unless they relate themselves to others they can neither live nor develop their potential. Local individuals and groups can make a real difference.

They are able to instill a greater sense of responsibility, a strong sense of community, a readiness to protect others, a spirit of creativity and a deep love for the land. 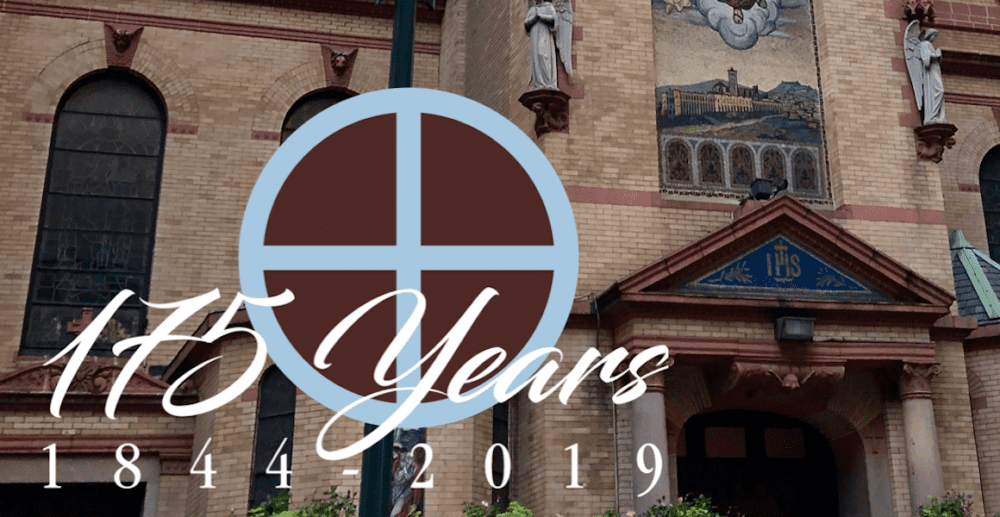 The Friars of Thirty-First Street, Part 16

The Great Depression impacted New Yorkers with hardship and turmoil, and brought an abrupt end
to a decade of nonchalance. With the election of Fiorello La Guardia as mayor, New York City finally entered an era of honest leadership which brought an atmosphere of decency and obvious compassion after years of scandal and corruption. The 1930s proved to be a remarkable comeback decade for the seven million inhabitants of the city.

At the Provincial Chapter of 1931 Fr. Mathias Faust was elected to the office of Minister Provincial, and Fr. Samuel Grega was appointed to succeed him as guardian and pastor of St. Francis of Assisi Monastery and Church.

Fr. Samuel was one of the most colorful and entertaining friars to ever live and minister at 31st Street. He was born in Taszo, Hungary on August 10, 1886, and
came to America as a youth to study for the Franciscan priesthood at the minor seminary in Callicoon, NY. Fr. Samuel’s bombastic and flamboyant style as a preacher of parish missions for several years would make his 37 years of pastoral ministry at St. Francis Church.

After Fr. Samuel became the pastor of St. Francis he endeared himself to thousands as a wise counselor and compassionate confessor. He made a notable contribution to the devotional life of St. Francis Church 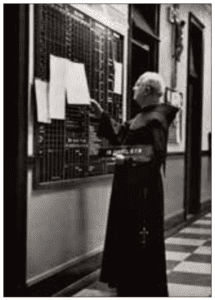 by introducing a great variety of popular devotions. The Tuesday service in honor of St. Anthony of Padua, which always drew large numbers of devotees, became so popular that 13 additional devotions had to be introduced each Tuesday in order to accommodate the ever increasing crowds. A perpetual novena to St. Joseph was initiated on Wednesdays, and this immediately proved popular with the people. He introduced weekly devotions in honor of Our Lady of the Miraculous Medal. But, without doubt, “the little church among the skyscrapers” became best known for the Holy Hour which was held every Thursday at noon, in the late afternoon, and in the evening.

To satisfy the demands of so many devotees of the church, the community of friars had gradually increased. In 1932, 31 priests were ministering at St. Francis Church. By 1944, the centenary years, more than 50 priests were stationed at the friary on West 31st Street. In order to accommodate the increase of friars, the parochial school was transformed into a friary annex.

Fr. Samuel continued to serve as a dedicated preacher and a popular confessor at St. Francis until 1967 when ill health forced the 80-year-old friar to go to the Province’s infirmary. His ministry was marked by a patient, kind and joyful spirit which touched the lives of thousands during his 37 years here. When he was buried from St. Francis Church on March 14, 1968, the upper church was filled to capacity with friars, sisters, relatives and friends of the simple friar who loved everyone. 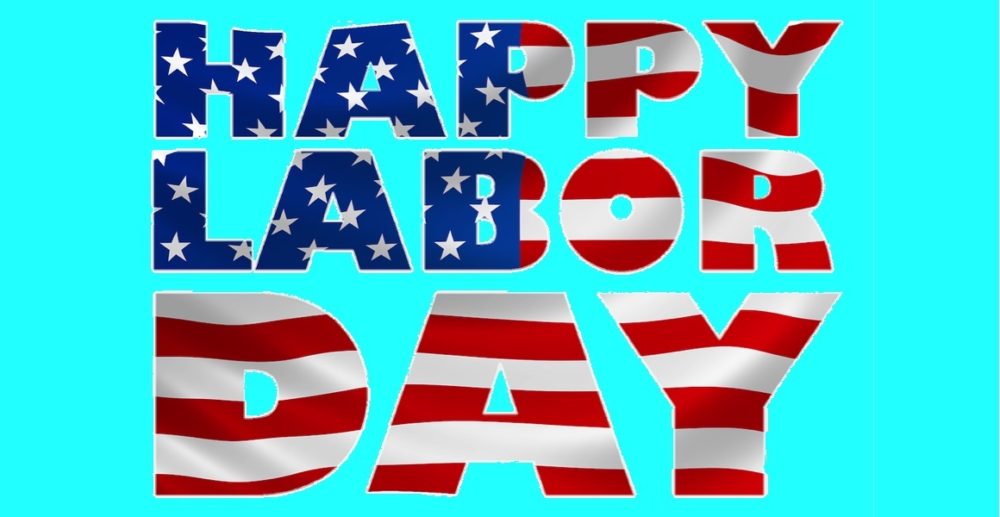 Mass at 11:30 AM
There are no confessions on Labor Day
Church offices will be closed.

Have a restful and safe holiday! 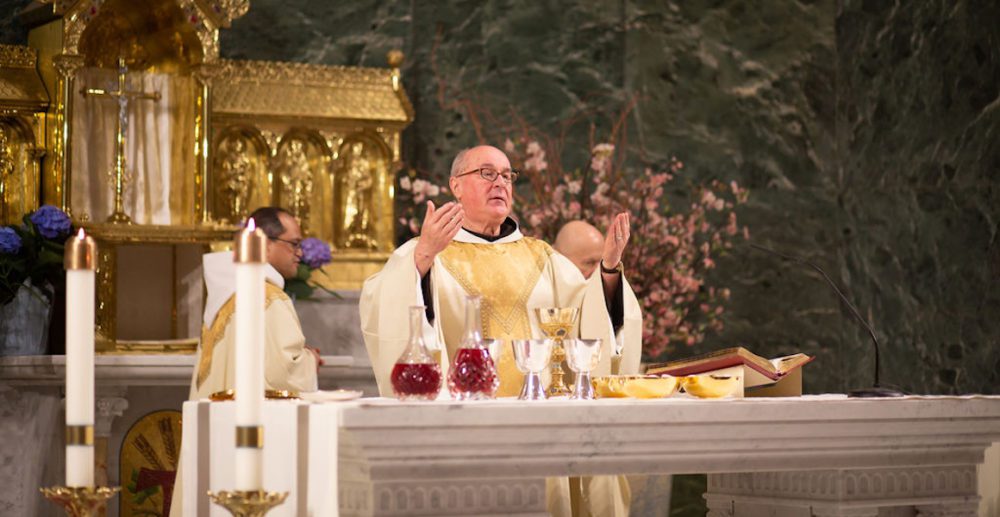 St. Luke quotes a famous saying of Jesus in today’s Gospel: “For everyone who exalts himself will be humbled, but the one who humbles himself will be exalted.” He is bringing out the point that the humble person will be open to the various types of people that are found around them. Jesus speaks about a dinner and the invited guests and indirectly asks “who would you invite?” We know that Jesus had close friends in his circle, but he was always expanding it and at times even going to dinner at someone’s house when no one would think of going there. This open vision is life giving – it gives life to those included and life to the person who is including others. Do you find this an easy thing to do?

Just a reminder that our RCIA classes begin next week. Who are these classes for? Any adult who would like to come into the church and has not been baptized or an adult who was baptized in another denomination and would like to become Catholic. Also, any adult who has not been confirmed. Contact Joe Nuzzi or come to the first class this week: check elsewhere in this bulletin for exact information.

I hope that you have an enjoyable Labor Day. This is an opportunity to thank God for the ability to work and to remember those who are unemployed or underemployed, those who are not satisfied with their current employment and those who work in terrible conditions or work with difficult people. It always is a blessing if you can work in an atmosphere of respect, mutual concern, and fairness. Not always easy to find, unfortunately. 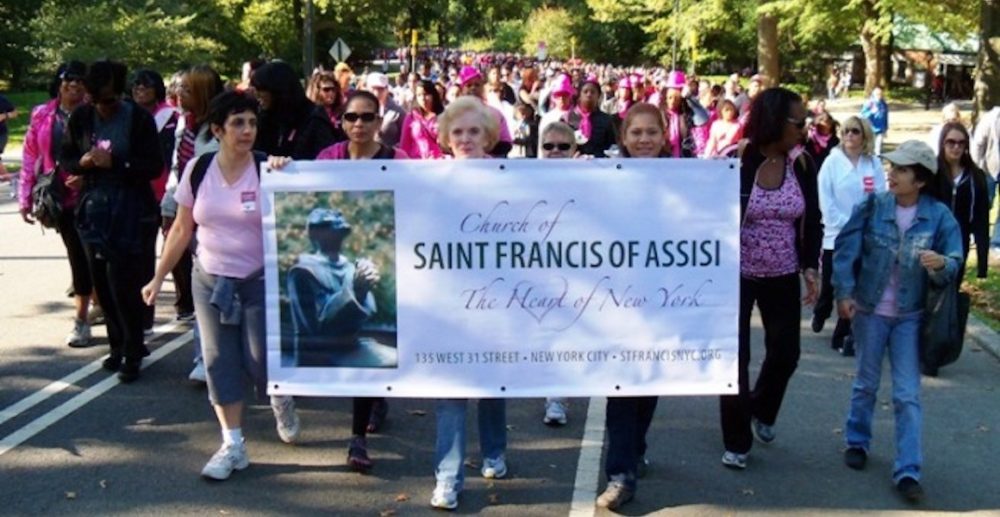 Here’s an opportunity to witness our faith in the public square that we are reviving: Saint Francis Walks.

Friars, staff and parishioners of the Church of St. Francis of Assisi plan to walk in solidarity with the people
of New York City in Breast Cancer Walk, Multiple Sclerosis Walk, Alzheimer’s Walk, AIDS Walk, as well as many other opportunities to stand in solidarity with our sisters and brothers.

Seven Themes of Catholic Social Teaching #1: Life and Dignity of the Human Person

The Catholic Church proclaims that human life is sacred and that the dignity of the human person is the foundation of a moral vision for society. This belief is the foundation of all the principles of our social teaching. In our society human life is under direct attack from abortion and euthanasia. The value of human life is being threatened by cloning, embryonic stem cell research and the use f the death penalty. The intentional targeting of civilians in war or terrorist attacks is always wrong. Catholic teaching also calls on us to work to avoid war. Nations must protect the right to life by finding increasingly effective ways to prevent conflicts and resolves them by peaceful means. We believe that every person is precious, that people are more important than things, and that the measure of every institution is whether it threatens or enhances the life and the dignity of the human person.

Gaudium et Spes 1965: Whatever insults human dignity such as subhuman living conditions, arbitrary imprisonment, deportation, slavery, prostitution, the selling of women and children as well as disgraceful working conditions where men are treated as mere tools for profit, rather than as free and responsible persons, all these things and others of their like are infamies indeed. They poison human society…

The Friars of Thirty-First Street, Part 15

The vacancy created by the death of Father Anselm Kennedy on June 12, 1929 was soon filled by the appointment of Father Mathias Faust, who was the Guardian of the Franciscan community at 31st Street since 1925. In 1931 he would be elected to serve as Minister Provincial for a third term, but during his two short years as Pastor he managed to plan and complete the lower church known as the National Shrine of Saint Anthony of Padua. 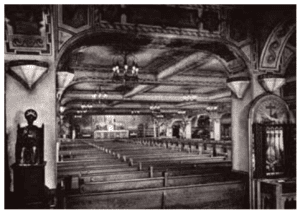 When the construction of the lower church was first conceived by Father Mathias, there immediately arose among the artists the idea of bringing to American soil something of the style of the medieval Franciscan sanctuaries. The execution of this idea in the crypt of St. Francis of Assisi was proclaimed as a work of art unequaled in its beauty.

Shortly after the lower church was dedicated on November 1, 1931, a perpetual Christmas Crib was installed. The glass-encased shrine reproduces three distinct scenes in the life of the infant Jesus: the Nativity, the Flight into Egypt, and the Hidden Life of the Holy Family in Nazareth. In a vault of blue sky over the crib are hundreds of twinkling stars. The alcove is which the crib is set is separated by a large glass panel with a kneeling bench placed before it. Within the crib is a relic taken from the grotto of the Nativity in Bethlehem. The statues of the crib were made by the Liturgical Art Company of Munich, Germany. While it is common for all Catholic churches to have a Nativity scene during the Christmas season, many of the Franciscan churches in Europe have a year-round crib as a permanent reminder of St. Francis’ devotion to the Christ Child and the first Christmas Crib he built at Greccio in 1223. The Incarnation remains central to Franciscan spirituality and devotion, and this is symbolized by the presence of the perpetual crib in the lower church. 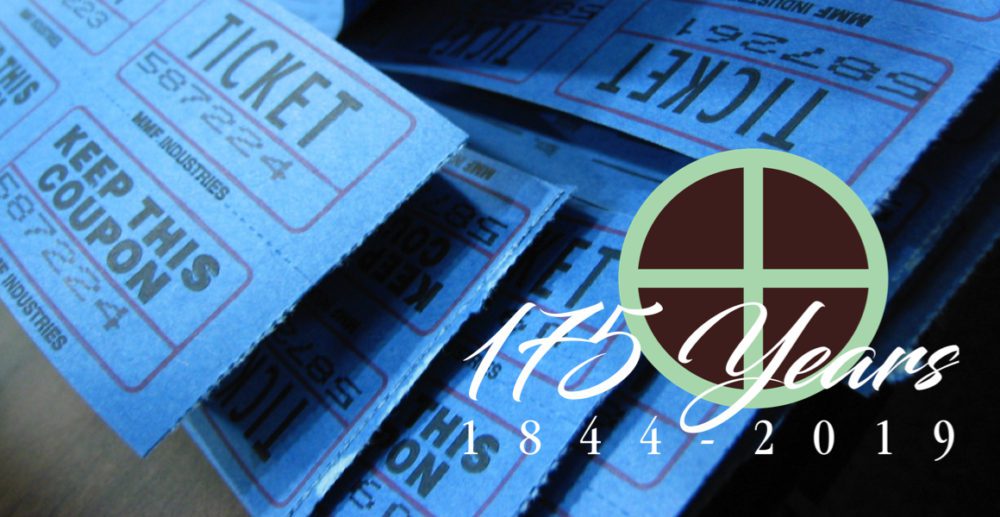 On sale at the reception desk in the lobby of St. Francis House

The drawing will be held at the Gala on September 20

You do not have to be present to win. 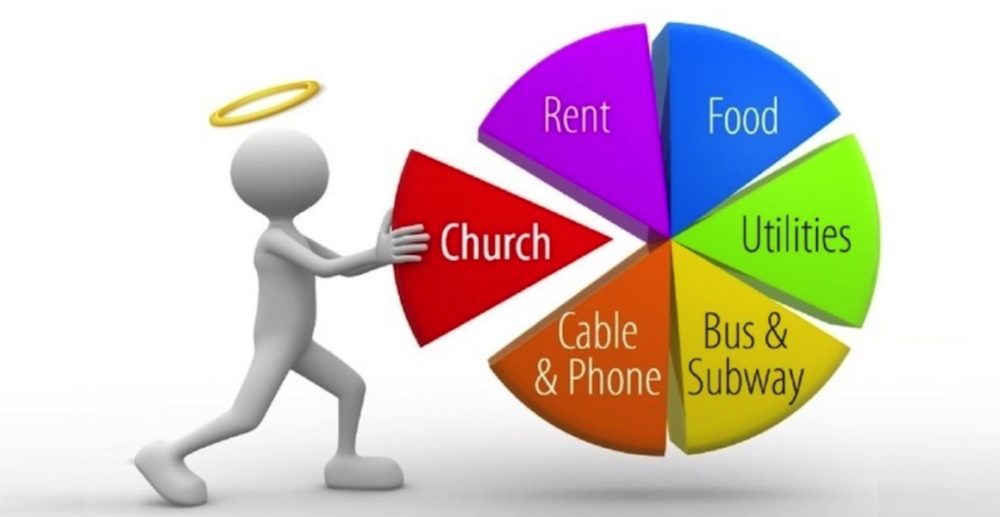 Below is a table comparing July 2018 collections to our current July 2019 collections.

As you can see our collections have gone down and we are not making our budget.

We need everyone to do their part to keep St. Francis on firm financial ground.  The best way to use this is to make your offering using our online giving system.

We ask all of our members and visitors to offer the equivalent of ONE HOUR of their weekly salary per week to support the mission of the church.  This comes to a tithe of 2.5%

Thank you to all of you who are already doing your part. 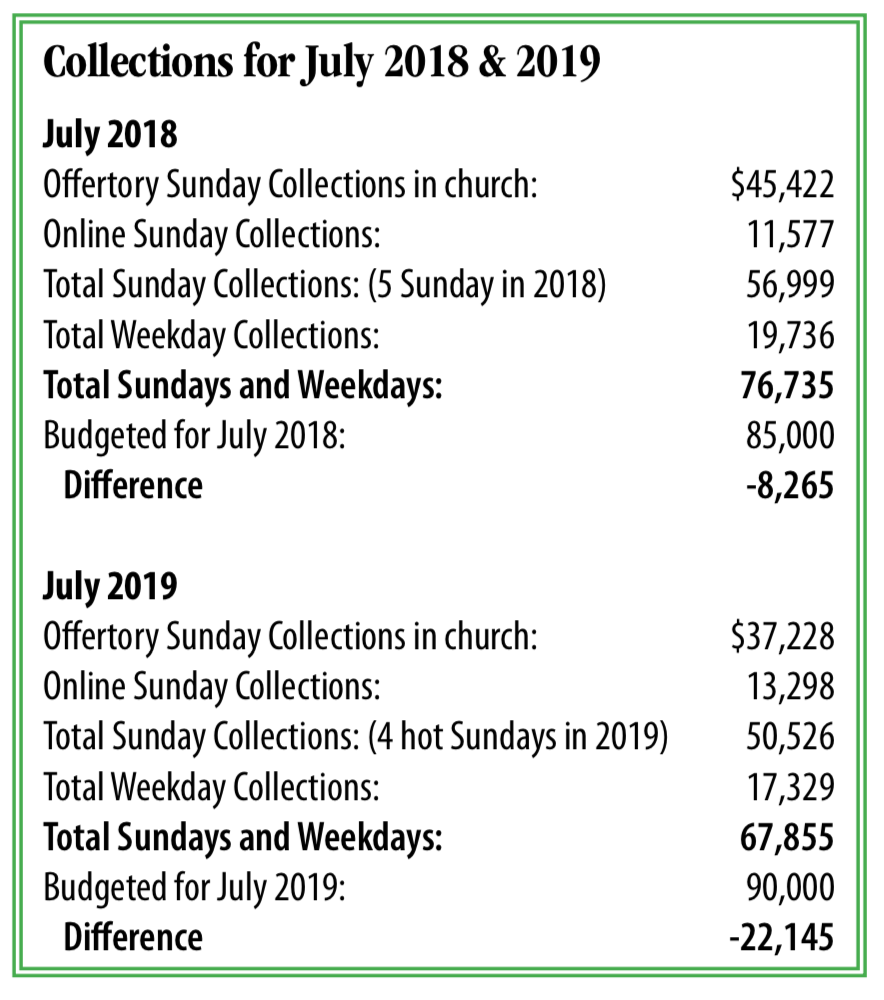